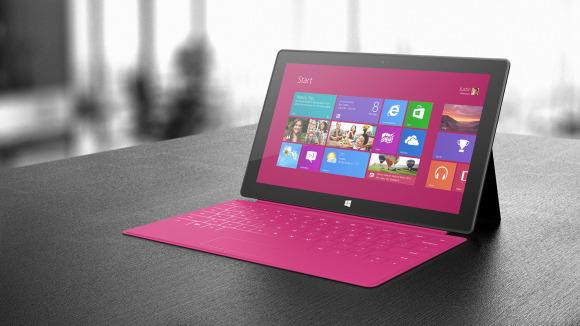 I always dreamt of having a unified solution for all my computing needs. I wish that my laptop can be my tablet and my tablet can also be my phone. However, with all the new gadgets released in the past few months I have not seen anything that I believe will suffice that need. The iPad, Yes! it is good for what it was designed for- reading, watching movies, etc. It, however, falls short in creating or authoring content. How about the Galaxy Note? Maybe! But as a phone? You need to consider “finger extension surgery” to be able to use it with one hand. With all these gadgetry dying to get our pockets empty, I haven’t seen anything yet that can fulfill an all-in-one role in my electronic life.

That is why I am excited to see what Microsoft’s Surface Pro can offer me. Never mind the Microsoft Surface RT, it won’t be able to run my legacy windows application so I am not really excited about it. The latter got released first to my dismay and while it seems to have done reasonably well, it was clear that the majority of IT professionals were waiting for the Surface Pro instead.

Surface Pro will be out next year and Microsoft has announced pricing for its Surface with Windows 8 Pro, start at $899 with 64 GB of storage.A 128 GB version will also be available for $999. Both models will include a Surface active digitizer pen with “Palm Block” technology, but Microsoft’s Touch Cover and Type Cover will be sold separately. As previously stated by Microsoft, the Surface with Windows 8 Pro will go in sale in January.

I believe Microsoft Surface Pro will fare better that it’s predecessor because it has the potential to unify the tablet and laptop computing environment.

Here is the original post: Microsoft Surface Pro will be available January 2013 starting $899

Filed Under: Gadgets
← LastPass is (Hopefully) the Last Password You Need to Remember
How to Send Large Files in Gmail Using Google Drive →