The iFad in Healthcare IT

When Steve Jobs introduced iPad in one of his keynote addresses many moons ago, a glimmer of hope for mobile devices in healthcare shines a little brighter. Remember that mobile devices in healthcare IT was a huge failure due to a lot of factors. The motion C5 with its “tiny winy” virtual keyboard and other devices which are both cumbersome and difficult to use unless your fingers are the size of a “toothpick”. These earlier reiterations of mobile devices became the most expensive “dust gatherers” and “paper weights” ever known to man. Plus the fact that the Windows system was never meant to be in a tablet body. It was like a dragon soul in mosquito’s body: Due to the said mismatch, its battery life is horrible and the user interface is awkward. Even updating my Facebook status while giving an enema to a patient was tedious.

Enter the iPad! Everybody wants to have one. They believe that it’s the coolest thing that ever happened to healthcare since the invention of laxatives. One hospital even boasted that they purchased 150 iPads for their facility. “Nice job Steve and take that grin off your face! Steve Ballmer will never like that”. The question is, will it work for healthcare IT purposes? Well, yes and no….. Yes it will because it’s a good tool for viewing results and diagnostic images. You can even share the Xray of your smoke-covered lungs to your Flickr or Facebook account. Its ability to zoom and manipulate images via touch is exceptional, so yes it will work as a viewing device. 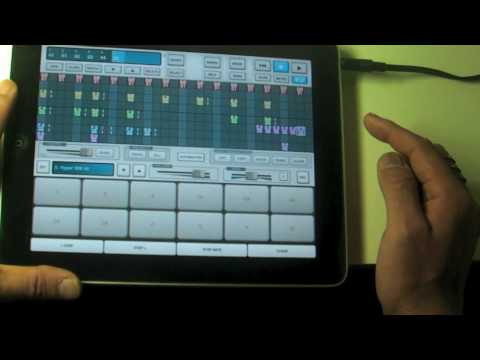 Hell No, it wont work! True! it is an error prone device for entering orders and writing narrative clinical reports. The iPad suffers the bane of portability-virtual “tiny-winy” keyboard. Without a workable keyboard, iPad should never be used in healthcare because it will be a source of error which defeats the purpose of our entire efforts to keep healthcare safe.

I guess this is your lucky day. I tripped into this website while I was walking the darkest recesses of the internet. The site calls itself as Boxtone. They said that they’re going to make your iPad and other mobile device’s deployment as blissful as a cup of white chocolate mocha at Starbucks. They sound promising as they were able to plug the fundamental holes of the iPad’s security woes.

Well, I am not your secretary, stop asking questions and go check it out yourself. here’s the link, www.boxtone.com.

Hold on! how about infection control? Can I soak my iPad in a bucket of bleach to get rid of those MRSA and CDIFF? Oh yeah! that’s interesting! I’m sure not. It cannot even stand a stick of dynamite (as seen on youtube) so how can it tolerate the cleansing power of Clorox? Duh!

I guess the buck stops here. Unless Steve can come up with a waterproof, disinfectable ,organic, affordable, edible, opppps! probably not that one. But seriously, if infection control issues will not be resolved in the use of iPads, it should remain as the healthcare’s official device for playing “Angry Birds”.

Filed Under: Gadgets
IBM will market and implement “smart room” technology developed by the University of P →